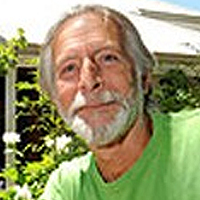 An inspirational teacher of movement and dance, Michael Fuller taught hundreds of drama students at Flinders during his 15 years on staff.

He was born in England in 1947 and educated in England and Ceylon. After studying acting at the London Academy of Music and Dramatic Arts, Michael travelled to Australia where he found work as a teacher at NIDA.

Involvement with director Colin George and the Australian Theatre for the Deaf brought Michael to Adelaide in 1977 and he took up a residency as choreographer and actor with the State Theatre Company, before going freelance and then joining Flinders to lead the teaching of movement in the Drama Centre.

His choreography could be seen in several local theatre companies' works including Troupe, Doppio Teatro, Red Shed and Patch as well as the State Opera and the SA Film Corporation. In recent years he choreographed high school productions for Pembroke and Norwood Morialta.

His career saw him instruct numerous prominent Australian actors and collaborate with directors such as Jim Sharman, George Ogilvie and Gale Edwards.